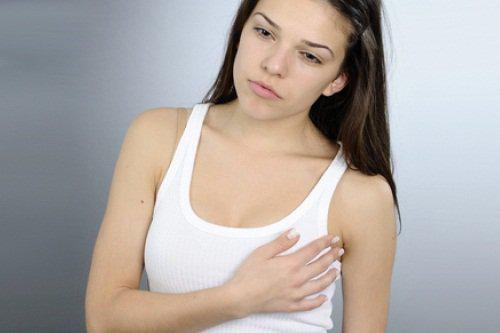 Mastopathy - is a common disease of the mammary glands, developing due to an imbalance in the body's hormonal background. Characterized by an abnormal proliferation of glandular and connective tissue in the breast tissues.

The process is accompanied by the formation of cysts of different structures and sizes, as well as the formation of dense benign tumors. The risk of developing hormonal pathology more susceptible in women to middle and older age category.

Causes, Symptoms of occurrence the Mastopathy.

All existing Causes of Fibrocystic Disease (Mastopathy) are divided into two groups: primary and secondary. The risk factors of the first group include:

Secondary causes of Mastopathy are:

- Cancer of the ovaries and pituitary gland;
- Diseases of the liver, thyroid, adrenal glands;
- A lack of iodine.

If you notice any of these signs of the disease should immediately contact a doctor.

An effective tool methods include:

a) X-rays (mammography), which makes for 7-10 day cycle. With the help of the images determine the type of education and its severity, the overall change in the mammary glands;

b) Ultrasound. Spend 5-10 day cycle. The method allows to study the structure of formation (fibroadenoma or a cyst);

c) Biopsy. Cytological examination of the breast tissue, the fence of which is produced directly of the lesion. It is used in advanced cases.

Treatment Mastopathy can be conservative (medication) or operative (surgical). The program of treatment is developed individually. The disease at an early stage  is treated by  using drug therapy, with application vitamins, anti-inflammatory, homeopathic, enzymatic means. Conservative treatment is supplemented by hormonal therapy with the proviso that the pathology related to hormonal problems in other organs.

When the low efficiency of medicamental treatment, as well as in suspicion on oncology, treatment of mastopathy requires surgery. Do not ignore the recommendations of the doctors the regular check-ups at mammologists. Only the timely detection of breast diseases and adequate treatment allows to avoid serious problems in the future.