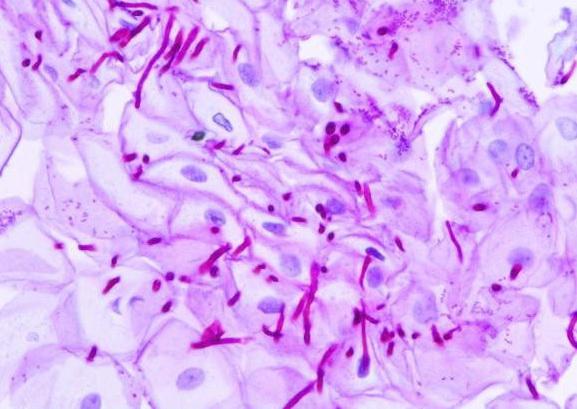 Factors Leading to the Proliferation of Candida

Candida albicans is a variety of parasitic fungi found in the gut flora of human beings. These diploid myco-heterotrophs are generally present as both yeast and filamentous cells and are known to proliferate under certain conditions and hamper the normal functions of human organs. They are especially dangerous for immunocompromised patients whose immune systems are unable to eliminate these pathogens. They have also been identified as one of the major causes of hospital-acquired infections (HAI).

There are various reasons for proliferation of Candida. Though we have provided the five major reasons for occurrence, your reasons may be different than the ones we have listed. The treatments for these infections depend on various factors including your physiology, general health and past illnesses. We suggest you get some tests done and show the results to your doctor to better assess your condition.

Secretory IgA (sIgA) Deficiency: Selective immunoglobulin A deficiency is the most common antibody deficiency. The primary antibody in the mucosal linings, sIgA, is found to be less in patients with such deficiencies. SIgA is the primary humeral immunity defense line in the mucosa. It acts as an effector molecule and attaches to antigens to create insoluble compounds that cannot permeate the gut lining and are cleared during the normal digestion process. In its absence, Candida creates leaks in the gut lining resulting in passage of food particles and other matter into the bloodstream. The condition leads to an increased risk of infections in mucosal linings, food allergies, irritable bowel syndrome and autoimmune disorders. The leaky gut condition results in the next line of humeral defense, IgG, which reacts with the food and other particles to protect the blood and tissues.

Some patients with sIgA are more prone to infections than others. It is not clear what percentage of people having the deficiency will develop later complications. It has been observed that the condition generally remains constant through rare cases of reversals have been reported.

Destruction of Physiological Flora: Probiotic gut microbiota enterotypes such as Prevotella, Bacteroides and Ruminococcus maintain a balanced environment in the digestive tract with a specific enterotype dominating the others depending on the type of food consumed. Specific bacteria such as Bifidobacterium, Lactobacillus and Enterococcus maintain an acidic environment and release mycostatic substances that control and prevent the proliferation of Candida albicans and its other variants. The ingestion of antibiotics to fight infections, steroids, birth control pills, alcohol and drugs or presence of toxins from the environment kill these helpful bacteria along with the harmful ones. This leads to a change in the gut physiology as the Candida are able to grow easily due to absence of any control mechanism and subsequently cause infections and other complications.

High Carbohydrate Intake: A high carbohydrate diet is another common reason for yeast infections. The prevalence of sugar in such consumables causes an upsurge in the Candida present in the gut. As most of these foods are highly refined resulting in a lack of whole grains and have substantially less nutrients than what is recommended, they end up creating an ideal breeding environment for the fungi. The increase in the yeast also causes cravings for more carbohydrates and sugar which results in a vicious cycle that leads to an unmitigated reproduction of the Candida which overwhelms the body's control mechanism. Moreover, weakened carbohydrate metabolism due to diabetes or its pre-diabetic iterations such as hypoglycemia and hyperinsulinism can also cause overgrowth of the fungus.

Impaired Immune System: The immune system can be compromised by various factors such as use of antibiotics and steroids to ward off infections and other diseases. Chemotherapy agents for treatment of cancer also act as immunosuppressants. Moreover, lifestyle conditions or choices such as undue stress, lack of sleep or rest, excessive smoking, immoderate consumption of alcohol, lack of any exercise and unplanned diet at irregular hours are also responsible for weakening the body's internal defense mechanism. Such an environment acts as an ideal breeding ground for Candida.

Female Gender Susceptibility: Women are more prone to fungus infections than men due to fluctuating hormonal levels. High levels of estrogen or progesterone can stimulate the growth of Candida. Constantly fluctuating estrogen levels adversely affect the women's immune system and cause various complications including fungal proliferation. Progesterone levels are higher during pregnancy and the second half of the menstrual cycle which additionally helps in the growth of Candida.

Other reasons for over breeding of the fungi include ingestion of elements such as chlorine from drinking or bathing water and mercury from mercury amalgam dental fillings, change in the pH balance of the gut from acidic to alkaline, or imbalances of other nutrients that lead to any impairment of the normal digestive process.