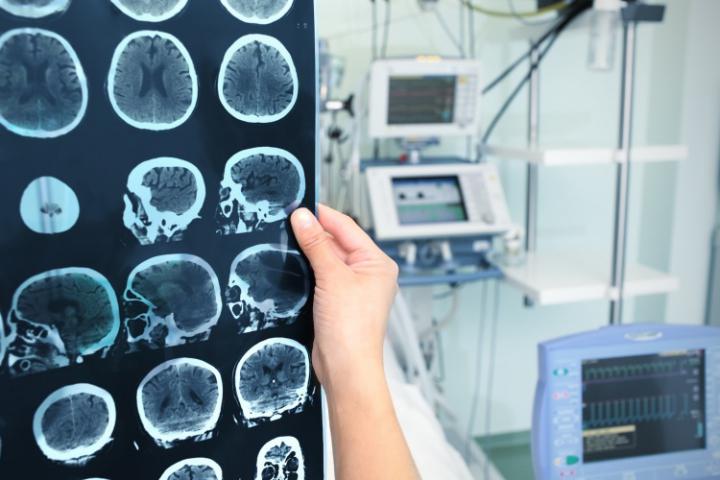 Trained to operate on the brain, spinal cord, and other intricate structures of the human nervous system, neurosurgeons undergo what is arguably the most rigorous training program in all of medicine. In addition to four years of college and four years of medical school, a neurosurgery student must complete at least six years of residency. By the time he or she finally becomes a licensed neurosurgeon, they will have spent a minimum of 14 years in school! What happens then?

Also known as brain surgeons, neurosurgeons actually spend most of their time working on the spine. As you will see from the following examples of common neurosurgery procedures, most are incredibly complicated, which is why neurosurgeons spend a good deal of their lives in training.

Just about everyone experiences neck pain at some point in his or her lives. But when a herniated disc causes the pain, it is often unbearable and may require surgery. A common but delicate procedure, surgeons go in from the front during an anterior cervical discectomy and remove the damaged disc that is pressing on a nerve root or the spinal cord.

Although uncommon, an Arnold-Chiari malformation is a defect in the part of the brain that controls balance. As such, it must be corrected for the patient to see an improvement in balance and coordination. While there are several legitimate treatment options, all of them involve surgery. One of the simplest and therefore safest neurosurgery options is the Chiari decompression, which entails removing the bone at the back of the skull.

Countless victims of traumatic brain injury and stroke have been saved with this simple procedure in which part of the skull is removed to give a swelling brain the space it needs to expand without being crushed.

When epileptics do not respond to pharmacological treatment, surgical options must be considered. The most common procedures involve removing the portion of the brain that is producing uncontrollable and potentially fatal seizures.

A minimally invasive operation, a laminectomy requires only small incisions in the skin that are used to access and remove a part of the vertebral bone called the lamina. Also known as decompression surgery, the operation is quite common for people with severe chronic back pain.

A simple and effective test for a number of diseases of the central nervous system, the lumbar puncture (or spinal tap) is most commonly used for diagnosing meningitis.

Probably the most popular neurosurgery procedure, a microdiscetomy is used to treat patients with painful herniated discs in the lumbar region.

Whether the patient is suffering from a degenerative disease or a traumatic injury, spinal fusion is a major surgical procedure that is used to keep the spine stable when there is no other option.

Used to treat patients with hydrocephalus, the operation involves the implantation of a shunt that drains excess fluid and relieves pressure on the brain.

A less common alternative to shunt insertion for the treatment of hydrocephalus, a ventriculostomy utilizes a tube to drain fluid buildup in the brain.

Although this is merely a partial list of the procedures neurosurgeons perform regularly, it should give you a better understanding of what these doctors actually do.

just found out l have a .3 mm wide necked anterior communicating artery aneurysm pointing anteriorly. looking for the best neruosurgeon in Asheville the best l knew retired Dr. Strange and l can't find him.Could you help me find one l have 1 that is coiled 1 that is clipped and a small one that is loose plus other health issues.