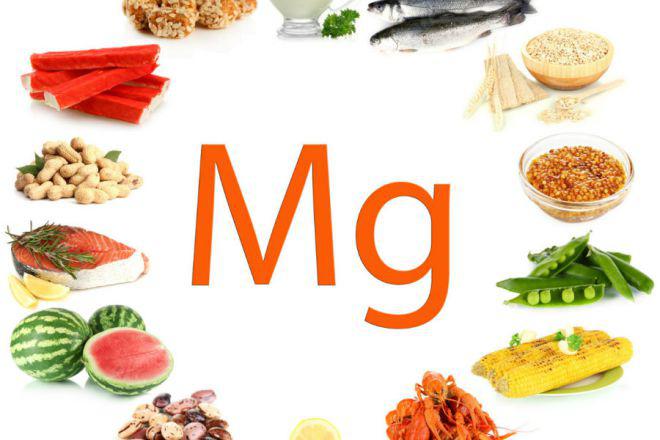 Magnesium: an element of strength, health and peace of mind

Magnesium (Mg) - a representative group of macronutrients, whose concentration in the body of all living organisms is from 0.001 to 60% by weight. He takes part in many processes, acts as anti-stress and anti-allergy factor, protects against ionizing radiation, controls the temperature, stimulates phagocytosis. Magnesium ions relax and reduce the sensitivity of the receptors.

A magnesium deficiency in an organism, even not very significant, can be a cause of cardiovascular disease, arrhythmias and stroke. Unfortunately, death in our difficult times often occurs because of heart disease. This is facilitated numerous stresses, experiences and a water. Oddly enough, but we almost did not think about how the state of the myocardium depends on the quality of water.

Calcium and magnesium from hard water in the intestine are joined with saturated (solid) fats of food to form retinoid compound that is excreted from the body. Therefore, people who drink hard water, are less prone to heart attacks, high blood pressure, excess cholesterol in the blood.

There is another regulator of cholesterol which is also connected with magnesium. This amino acid - lecithin - located in an organism, but can not be synthesized without the enzyme containing pyridoxine and similar enzyme acts only in the presence of magnesium. To reduce the level of cholesterol in the blood should be introduced into the diet foods rich in magnesium, vitamin B6, as well as choline and inositol which are in wheat, yeast, liver, bran. If insufficient of magnesium the lecithin is not generated, that again will increase the percentage of cholesterol.

Consequently, the shortage of this element enhances the flow of calcium ions into the cells and, accordingly, the displacement of magnesium. The result of such an ionic imbalance - myocardial cell damage, which leads to functional changes in the heart activity, namely, angina, heart attack, heart failure, heart rhythm disturbances.

The nervous system is very sensitive to the content of magnesium in the body. His lack of causes anxiety, nervousness, fear, impatience, insomnia and fatigue. People often complain on unexplainable headaches, without even realizing that they need magnesium. For example, injection of magnesium sulfide on the nervous system have a calming effect. When a person is angry or nervous, this element is actively excreted from the body, so to not get sick, you need to smile more often.

The physiology of men and women differs. Thus, men need per day to 350 mg magnesium, women - 280 mg. But in a woman's life there come moments when the body asks to increase the dose of receipt of certain substances. During pregnancy, for example, it requires two to three times more magnesium.

For lack it, the expectant mother may experience symptoms such as excessive irritability, susceptibility to stress, insomnia, fatigue, back pain and cramps. Sometimes observed an increased tone of the uterus, which can cause a miscarriage.

An important factor influencing the level of magnesium in the body women - premenstrual syndrome. To alleviate the condition, you should adjust the content of magnesium: magnesium special diet, intake of the drugs that will minimize the frequency of mood changes, cope with malaise and yeast infections.

Magnesium - one of the activators of enzymes necessary for normal functioning of the neuromuscular tissue. Physical work of the athletes in the first place goes to the nervous system and muscles. At this is wasted a lot of energy, artificially created magnesium deficiency, and even a special diet is not able to cover his loss. Therefore, when high load is recommended to introduce further special preparations.

Where to take Magnesium

In a normal diet, you can get about 300 mg of magnesium per day (with an average daily norm of 350 mg). But to be healthy and feel confident, not be depressed and not to get upset over nothing, resist stress, this element will need about 600 mg per day and sometimes more.

The richest sources of magnesium - it's nuts, beans, sunflower seeds and buckwheat honey. Adhere to the theory of seasonal food, it may be advisable to saturate the body with magnesium these gifts of nature: