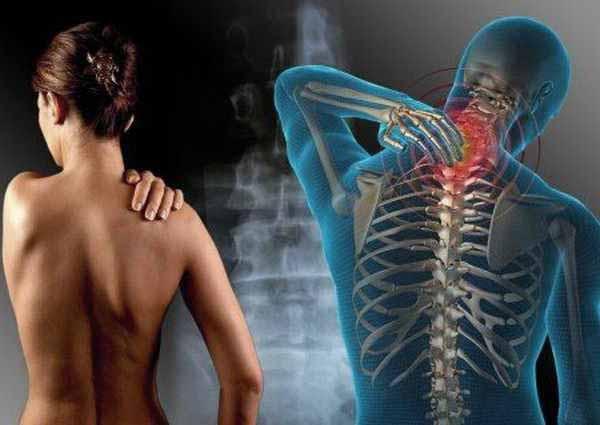 Fibromyalgia is characterized by pervasive musculoskeletal pain that affects muscles and soft tissue. Women are more likely to develop this disorder than men. Experts opine that this condition magnifies pain by affecting the manner in which the brain processes pain. Repetitive nerve stimulation causes the brain in such people to change, characterized by a spike in neurotransmitters (chemicals that signal pain). Receptors in the brain develop a remembrance of pain and become extra sensitive, that is, over-react to pain indicators.

Chronic muscular pain is of course the biggest indicator, and other symptoms include tiredness, sleep disorders like sleep apnea or continuous drowsiness, pain concentrated in certain areas, headaches, irritable bowel syndrome, temporomandibular joint disorders, anxiety which could develop into depression; inability to focus or concentrate on simple mental tasks and restlessness.

Doctors are not really sure about the exact causes of fibromyalgia but they consider it could be caused by different factors that work together. These include:

Sometimes symptoms just pile up over time without any visible or specific reason.

There is no wonder drug or exact therapy to cure this disorder. However, doctors say that medication and lifestyle changes can help alleviate the symptoms of fibromyalgia.

Talking to trusted persons, like a close friend or family member, or a therapist can help you cope. Learning relaxation techniques like yoga, deep breathing or meditation, will also be useful.

Getting relief from Fibromyalgia with The Trivedi Effect

Besides all the above mentioned treatment options, one can also opt for the beneficial effects of The Trivedi Effect®. This is an extraordinary phenomenon that has the ability to help fibromyalgia patients find relief with the tremendous effects of the Energy Transmissions. If you too are looking for effective relief from fibromyalgia, opt for The Trivedi Effect. This non-invasive and natural phenomenon reportedly provides holistic benefits to people suffering from this disorder.

This phenomenon is based on the concept that the human mind is strong enough undertake Energy Transmissions for positive transformation; simply using the power of thoughts. Its benefits extend to living and non-living matter both and hundreds of people world over have reportedly acknowledged the difference that The Trivedi Effect® has brought to their physical, emotional, social, financial and spiritual wellbeing. The positive effects of the energy transmissions have also been proven and documented in over 4000 studies now.

The Trivedi Effect holds the ability to stimulate one's mind through Energy Transmissions and strengthen one's connection with the Inner Guidance System; thereby, helping one channelize the thoughts and energies for a progressive change. The energy received from these transmissions has the ability to generate positive transformation and thus, people are able to manage pain and develop more tolerance towards it; bringing relief from symptoms related to Fibromyalgia.

So strong is the positivity from the Energy Transmissions given by Mahendra Trivedi and The Trivedi Masters™,Dahryn Trivedi, Alice Branton, and Gopal Nayak that several people have testified in its favour.

According to the testimony of Valeria K.:

"When I awakened this morning I had excruciating head pain–so severe that I was blinded–as well as pain in all of my bones, especially my hips, but, after considering all my steps, I had to wonder if I was being hooked into something Mr. Trivedi might have been doing today.  I still do not know.  The pain got more and more intense throughout the call to the point I considered turning away, but I persevered because I trust Mr. Trivedi. ALL pain has now completely disappeared as of the Energy Transmission!!  I am grateful.  Thank you, Thank you!"