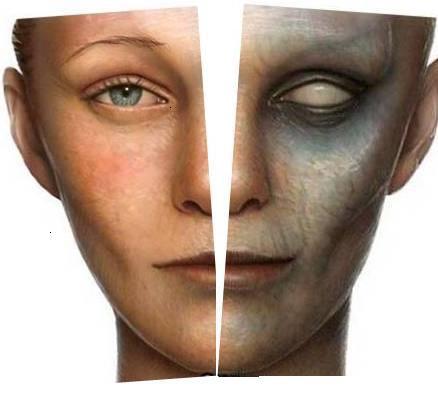 The degradation of the individual: how to prevent this?

Friedrich Nietzsche once said: "If you are looking long into an abyss, the abyss also looks into you." The fact that a person who is not engaged in self-development, acquires bad habits and loses their personal qualities due to stress factors, which not able to resist. Having made one choice in favor of such a position, a person comes under the influence of destructive factors, which are beginning to dominate the personality: bad habits, showing the weaknesses, become part of a way of life,  and then a norm. If a person is focused on regressive behavior, in this case, there is a degradation of man.

Personality consists of several components that by functioning adequately, allow it to develop harmoniously:

If one of them begins to function with deviations, then we can talk about the beginning of the degradation. Example, at the absence of adequate motivation to action develops lethargy, laziness, apathy. Then takes place a social atrophy: person refuses from labor activity, shorted due to a lack of friends. So violation of one of the components of the individual leads to disruption of the entire mental picture.

Causes and types of Degradation

The reasons for such violations favored by many factors, and it is worth noting here are the most common:

The degradation of the personality manifests itself in several forms:

10 ways to prevent the degradation of the individual:

1. Read a lot. Books contain wisdom that prevents desiccation of our brains, and the process of degradation often begins with them.

2. Take care of your appearance. - Even if all possible troubles have surrounded you, Make it so that they are were not frightened of your beauty, slender body, clothes.

3. Do not go in the wake of bad habits. - Alcohol, drugs, cigarettes, even overeating - unworthy classes for normal person.

4. To believe in the best. In any situation, you need to see the light at the end of a dark tunnel and doing its utmost to bring it closer.

5. Do not absorb all the suffering in the world. Most of the lost persons argue their condition: "The world is so cruel, what for to fight, why live, and so on." Want to help - help, but if not - does not reflect on the tragedy.

6. Remember - for all the atrocities necessarily be followed by retribution. Most villains commit crimes, due to the sense of impunity before the law and before the High Court.

7. Do not ignore rules of morality. Avoid lies, stealing, envy, gossip, swearing. All of this daily destroys your identity.

8. Self-development. Books, videos, training courses, schools will not allow you to get away to the bottom.

9. Never give up. Even if everything in your life is bad now, you are able to turn the situation turned on its head and improve their situation. Choose: give up and sink to the bottom.