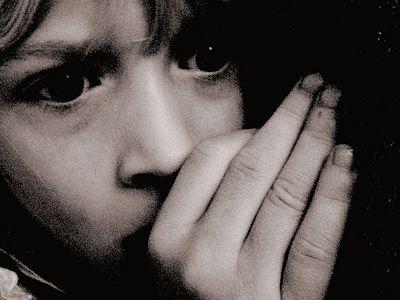 Social Anxiety - What is it?

If you've been perusing the internet on the topic of social anxiety, chances are you already have a pretty good idea of what social anxiety is. To briefly summarize, when one is faced with certain situations, their mind creates and reacts with thoughts of dread and fear of embarrassment or judgment, and a repeated behavior or physiological response happens in response to the anticipated situation. Avoidance, fleeing, sweating, and / or trembling are only a few effects. It is a cycle that keeps repeating itself over and over again, much like Humpty the Hamster running on that squeaky wheel, running his heart out but really not getting any further ahead.

1) Social anxiety is not some made-up, self-help fad: In the mid 1980's the American Psychiatric Association officially included generalized social phobia in the Diagnostic and Statistical Manual of Mental Disorders, or DSM for short. This manual is used by health care professionals in the United States, as well as throughout the world, as THE authoritative guide for the diagnosis of mental disorders. In other words, this book is legit! Additionally, the general term "phobia" has its origins from the ancient Greek language and translates to terror or fear. According to MedicalNewsToday.com, there may be evolutionary explanations to many phobias. "Social phobia may have been a useful survival instinct during ancient and prehistoric times. Being among people you do not know, from perhaps another tribe, was much more dangerous than finding yourself among a crowd of strangers in a shopping mall today."

2) Social anxiety is not something you can just shake off overnight: There is not an exact answer to what causes social anxiety. Typically the anxiety will start at a certain point in someone's life. While this varies for everyone, many specialists in the mental health field will agree that it's common for one to start having symptoms in their pre to early teens, and that to develop social anxiety after the age of 25 is usually not too common. Many professionals from several different disciplines think that social anxiety is caused by one or more of the following: Social or culture influences, social experiences, genetic and family factors, psychological factors, and substance induced. Regardless of the cause, the fears become engrained within one's value belief system about themselves and through repetition of this faulty thinking it becomes their truth. When a "belief", whether correct or not, becomes part of ones living and breathing experience, it's not like one can say, "Meh, I guess I'll stop thinking that way and move on."

3) Social anxiety is not something that only happens to weak minded people: Just like any disease or illness, social anxiety is an equal opportunity problem. For example, look at Barbara Streisand. She is one of the best-selling music artists of all time. Besides being a singer and songwriter, she is an actress, author, film producer and director. She has won many Academy, Grammy and Emmy Awards to name a few. In other words, not too shabby in the intelligence department. In 1967, she had an incident where she forgot the words to her song during a live performance due to ongoing stage fright. Because of that moment, she avoid singing in public for nearly 30 years. 30 years!!! She finally got help and was able to keep her stage fright under control and start performing in front of audiences again.

4) Social anxiety is not something you can just pop a few pills for and be magically cured: If medication is prescribed, it is usually used in conjunction with a behavioral therapy; medication is rarely suggested as the first and only method of treatment. Also, medication may help your symptoms and make you feel less physically, emotionally or mentally anxious, but it will not permanently change brain chemistry. Drugs may temporarily help, but they are not curing you. Quite often once someone goes off the medication, some of the symptoms can reoccur.

5) Social anxiety is not something that is exactly the same for everyone: As mentioned earlier, what triggers one's social anxiety, and to what level, is different among everyone that suffers from it. However, research has shown that some of the most common situations that cause social anxiety include (1) interacting with others (2) being observed by others and (3) performing in front of others. It is the feared outcome from these interactions that trigger the stress and racing thoughts. Will I look stupid? Will I embarrass myself? What will they think and say about me? Social anxiety, if left unchecked, can also lead to other phobias, such as a fear of leaving the house, a fear of driving, a fear of going to work, etc. It can be very debilitating for some people and affect their life severely.

6) Social anxiety is not another name for someone with poor social skills: Napoleon Dynamite had "weird" social skills, but he had no problem busting a move for his "Vote for Pedro" dance... gosh! Basic social skills can be explained as being able to interact with others such as making conversation, making and maintaining friendships, having empathy, and being able to reasonably deal with conflict. People with social anxiety may have problems in one or more of these areas, but people with poor social skills don't necessarily have social anxiety. The key difference being the fear that is generated by the thoughts of the individual and the actions that happen when faced with these situations. Someone with poor social skills may not have a fear or break out in a sweat when they have to speak with someone they don't know. Poor social skills may be a result of an extreme change in culture, an underlying physical condition or disease, their upbringing and education level, but not a fear of communication.

This article was written to help dispel some common myths out there about social anxiety. The amount of worry that one goes through when suffering through these anxious episodes is very real and painful. On top of that, the situation becomes worse when that person is living with a loved one or family members that don't understand what they experience is very real, and not something to just dismiss or ridicule. Some people have suffered with it for so long that living this way becomes normal to them. What one needs to realize is that along with seeking help for anxiety issues, the person suffering needs to have a good emotional support system around them as well; to help encourage them along in their treatment and not derail it.

Social anxiety is very real. Countless examples and stories of individual experiences can be found across the internet. This article will end with a quote from Julius Caesar: "As a rule, what is out of sight disturbs men's minds more seriously than what they see."