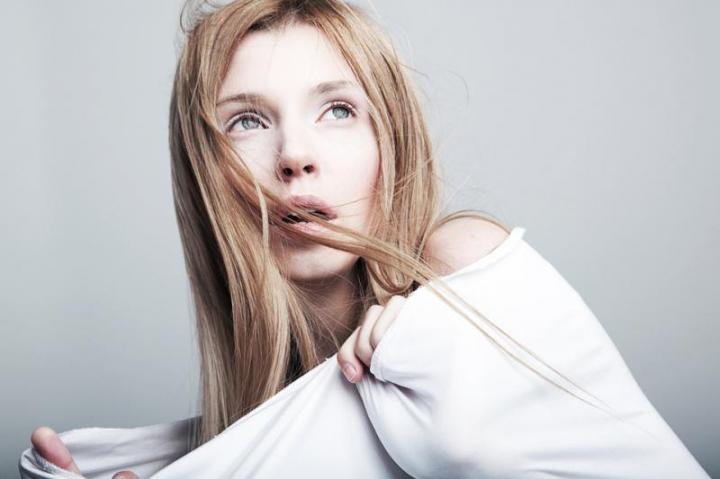 How to recognize and treat Catatonia?

The essence of such a condition as the catatonic syndrome can be described simply - it is associated with motor disorders with psychiatric or neuropathological nature.

There are many reasons why a person empties into such stupor - mental disorders, trauma, infection of the nervous system, and even severe poisoning, leading to accumulation of toxic substances in the body. Regardless of what causes this condition, it can be quite dangerous and requires providing immediate assistance for person.

Catatonic syndrome can be diagnosed only in cases where in the patient has more than two weeks, the same recurring symptoms. If there is no recurrence or obscure symptoms, they may be caused by other mental illnesses. In addition, it is impossible to put such a diagnosis and prescribe treatment by yourself. Psychiatry is a complex branch of medicine, so to determine the cause of stupor can only qualified physician.

The main symptom of catatonia is unquestioning obedience to the commands of another person. The extreme form of this of stupor is called catalepsy or waxy flexibility - the patient takes any position of the body, submitting even to your lightest touch.

Sometimes people in a state of catatonia make a very unnatural and uncomfortable positions that retain for hours. Very is expressed in patients grasping reflex - if you lend a helping hand to a man, he immediately grab it without thinking, why does it.

When catatonic syndrome often is disrupted sound sensitivity - a man can react to a whisper, but completely ignore loudly spoken words and clamor. Violated sensitivity of the limbs that causes the patient to touch the cold or hot objects, as well as cut fingers and hands of the blades.

Catatonic stupor is characterized by alternating periods of immobility and excessive activity. Stopping the higher nervous activity occurs suddenly and has no specific harbingers - the man abruptly stops talking or frozen in an unnatural position, and can not explain what prompted him to do so.

Periods of motor activity in catatonia very specific, since they are usually characterized by senseless and wanton actions:

- the rocking of the body;

In patients appear strange at first glance mannerisms - they repeat the greeting, accompany incomprehensible actions. Approximately half of the cases occur a repetition of movements made by the team of another person.

If do not provide treatment to a patient over time, movement disorders are complemented by significant speech problems. When referring to person, he may begin to repeat the words, syllables, and suggestions is absolutely not understanding its meaning. In the severe form speech becomes inconsistent and resembles baby talk - it is a signal that a patient is needed immediate hospitalization.

Doctors say that the catatonic stupor is a generic name of a group of abnormal states of differing severity and the main symptoms. Matter what it is condition was diagnosed at the person depends a prescribed treatment, as well as forecasts of physicians. There are the following types of the disease.

In this case, are observed all the symptoms described above, which have a regular repeatability and are not accompanied by rapid deterioration. With such a variety of catatonic stupor a person retains all the memories of the attack, as well as trying to find the cause of his actions or to deal with them and prevent a next relapse.

Such cases are the most common, and they are relatively easy to stabilize with further normalization of the mental health. Patients are not a threat to others and rarely harming yourself.

Accompanied by the appearance of delirium, sharp shouting, increased motor activity during exacerbations. After the end of the attack the patient does not remember what he was doing and denies his abnormal mental state.

If he point to abnormal behavior during an exacerbation, it could trigger a sharp increase in nervous tension, leading to increased pressure and dangerous consequences, including stroke.

A patient with a similar catatonic stupor is dangerous to himself and others - he can grab a sharp object, try to commit suicide, to commit impulsive acts.

Differently it is called neuroleptic shock, in 99% is a consequence of treatment with antipsychotic drugs. It is a kind of exacerbation of the above syndrome - at acute deterioration condition of the person, his muscles are taking the stress state and joints lose their mobility.

The temperature rises to 38-40 degrees, and on the skin appear a rashes that are similar in their properties with bed sores. If a person does not have a treatment, inside these lesions are formed the liquid, after which they opened, forming ulcers. Brain activity is at a minimum - a person can fall into a coma or is unconscious and for several days.

Neuroleptic shock can lead to a significant worsening of the patient's condition - his nervous system is exposed to significant stresses, which lead to the death of her cells. In severe cases of malignant catatonia in person a body temperature rises to 41-42 degrees, and then for a short time, he dies from electrolyte imbalance, dehydration, pulmonary edema, and the collapse of essential proteins.

Even if treatment with modern drugs such condition is very dangerous - about 25% of cases it leads to death. Even with the successful launch the patient's from catatonic stupor, he had for a long time there is a high probability of occurrence of deep vein thrombosis and pulmonary embolism.

The most effective method of eliminating this condition and related symptoms is the use of benzodiazepines, observing the response of the organism.

In the most severe conditions should be used mood stabilizer carbamazepine, which allows you to significantly speed up the return to a normal mental state. If a patient shows complete resistance to medication, is assigned an electroconvulsive therapy, which can be used only in a hospital.

If in a person begins a pronounced neuroleptic shock should use drugs that promote muscle relaxation. If the condition worsens, the patient may be required emergency resuscitation. Is necessary to cause the first aid, describing the human condition, and then put it on a soft bed and make sure that it does not take positions, that violate the normal blood circulation.

In any case, treatment should be a professional doctor familiar with these mental disorders and their complications. It is necessary to provide appropriate care to the patient, eliminating the negative manifestations - fever, excessive relaxation or a strain of muscles.

In addition, the patient should be kept under observation - at any time, may be required to transfer him to the intensive care unit. It should remember the fact that the treatment is not meant to be limiting freedom of movement. Catatonia requires a person to perform any act, even if they seem meaningless to others - it is allows to stabilize his condition.