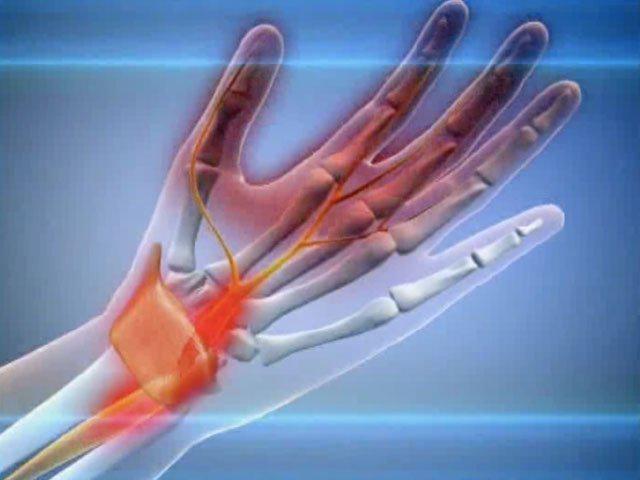 There are countless articles on the description and details of Carpal Tunnel Syndrome (CTS) so I am not going repeat that info here. The vital information I want to share is just how effective a safe and natural approach to CTS can be. The medical approach consists of anti-inflammatory medications, rest, splinting, physical therapy and when those don't work; surgery. Then when the surgery doesn't work the cycle starts again followed by a second surgery. I have been treating CTS for over 30 years naturally, without drugs or surgery and have achieved phenomenal results.

Let me tell you a story about a typical CTS patient named Amy. She was a young nurse who specialized as a surgical assistant. It is a job which required her to be able to move her patients and sometimes even perform CPR on them. Because of CTS she was afraid she was going to have to change professions.

Unfortunately, she suffered a simple slip and fall landing on her right wrist resulting in a nasty sprain that refused to heal properly. Despite being under the care of an excellent orthopedic surgeon and physical therapists her wrist continued to get worse instead of better and was diagnosed as CTS. It got so bad that after 1 year's time she walked around holding her hand over her chest like she was saying the pledge of allegiance because it hurt so badly if she bumped it or if, God forbid, someone wanted to shake her hand.

Her surgeon informed her that it was time for surgery as they had tried everything else. One of the surgeon's assistants, Wilma, used to work with a chiropractor and as Amy was leaving the office Wilma risked her job by pulling Amy aside and giving her one of his cards. "Whatever you do, see my chiropractor BEFORE you have surgery!" she said.

Amy took her advice and scheduled a consultation. She was a nurse and even though she did not really know anything about chiropractic, she had heard "bad things". She was skeptical but she was also desperate not to have surgery. Thank goodness her desperation won the day and she agreed to start care with the chiropractor.

Her treatment was quite different than what she had received up until that date. The doctor found that she had irritation to the nerves in her lower neck. Those nerves control blood flow to the wrist and interference at that level of the spine can result in swelling of the wrist and hand. This is a very common condition that causes the symptoms of CTS. The nervous system also controls healing, so removing the interference to those nerves reduces inflammation and promotes healing.

Palpation revealed that she also had scar tissue adhesions in her wrist from the trauma. Moving a joint with adhesions also causes inflammation and more pain. More pain means less movement and less movement means more scar tissue. It is a vicious cycle.

Lastly she had atrophy in the forms of reduced range of motion, wasted muscle and shortened ligaments and tendons from the bracing, splinting and inactivity.

Her treatment at the chiropractor's office consisted of:

#1. Discarding the braces and splints she was using,

#2. Chiropractic adjustments to remove the nerve interference in her neck,

#3. The doctor employed my specialized form of soft tissue therapy to free up the scar tissue adhesions in her wrist and hand,

#4. He put her on a specific stretching program to increase her range of motion

#5. He recommended an improvement in her nutrition removing a few food items that increase inflammation and adding a few supplements that speed healing,

#6. She was given some homework exercises to improve her strength.

Her results were excellent. She started to improve in only a matter of days and was able to stop taking medications. After approximately 12 weeks her wrist and hand were close to pre-injury status. Not only was she able to return to work without restriction, she was able to work pain free. Additionally because we had improved the function of her nervous system her overall health status was much improved.

Amy's condition was due to a specific injury but most people who suffer with CTS do so as a result of cumulative trauma also called repetitive trauma. The treatment for these poor souls is the same but with the addition of identifying and then correcting the activities and posture habits that caused the condition is the first place.

My recommendation is that BEFORE you resort to surgery, you explore all the safe conservative options first. Surgery cannot be undone. The worst case I ever saw was a woman who had a total of 13 failed surgeries on both of her hands, wrists and elbows attempting to remove nerve impingement. By the time I saw her she was unable to hold a cup of coffee. Unfortunately I was not a treating doctor on that case but was doing an independent medical examination for a litigated case. None of the doctors she had seen before had ever checked her neck where I found massive nerve interference. In my opinion the irritation, to the nerves in her cervical spine (neck), was the cause of her hand and wrist pain. Instead of trying a conservative approach, like so many others, she went right into the surgical option with horrific results.

In some cases surgery is required but the surgeon's knife should be the very last court of appeals not the first.