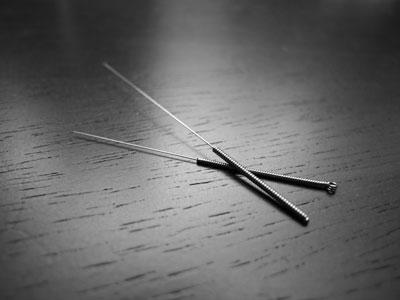 A patient I will call Cindy grew up in Boston and came to my clinic for acupuncture treatments due to breathing difficulties and low blood oxygen levels. She had been an incredibly active and restless lady throughout her life, unable to sit still and constantly moving around energetically. As a teacher in Boston, she loves to use her knowledge and encourage kids to become passionate and creative people. She also takes good care of her family.

A couple of weeks ago, she had a very stressful work week. Afterwards, she suddenly developed chest tightness and breathing difficulties, so she went to the emergency room and got her heart and lungs checked. Her organs showed no abnormalities, but her blood oxygen level readings (which were measured through her fingers) constantly fluctuated between 67 and 98%, with the right and left fingers showing different readings. She went to see a cardiologist and a pulmonary specialist and was told her lungs and heart have no problems. However, when her oxygen level dropped below 87%, she started having anxiety and chest tightness.

One day, while sitting in a conference in Needham, she became almost intolerably uncomfortable by the end of the day because her oxygen level had dropped to 76%. During weekends, she does not work and consistently sleeps well, but the blood oxygen level readings of her right side would still be much lower than those of her left side, which typically hovered around 98% percent. She could not understand why the two sides were so different.

A friend recommended her to see me in order to figure out the reason behind her blood oxygen level fluctuation and the difference between her left and right sides. I analyzed her symptoms as well as her medical history. She told me that she was born with weak rotator cuff muscles, which I think may have caused her neck muscles to be extremely tight. At the time she came to see me, she was 50 years old. Even though she still had normal periods, her ovarian and adrenal gland function had been steadily declining, leading to decreased production of "relaxing" hormones, such as GABA, serotonin and progesterone, and infrequent panic attacks during which she would feel overwhelmed by her responsibilities. The parts of her body that allow her to cope with stress, such as the hypothalamus and pituitary and adrenal glands, have nowhere near the functionality that they had when she was 20. Her estrogen levels were decreasing, but her progesterone levels, estrogen's counterpart, were declining at a faster rate. Her unbalanced estrogen levels made her nervous system more sensitive to stress, and her overall declining hormone levels caused her shoulder and neck muscles to weaken. If she experienced the same amount of stress she used to experience when she was twenty now, her body would suffer long-term, irreparable damage. Acupuncture can help strengthen her adrenal and ovarian gland function, so she can produce more "relaxing" hormones to cope with stress more efficiently.

I believe that her low blood oxygen levels were related to her tight neck and shoulder muscles. However, it seemed peculiar to me that more people do not suffer from her condition. The fact that the rotator cuff muscles on her right side were born weaker than the muscles on her left side could explain why her blood oxygen levels were constantly different on the two sides of her body. In addition, her hyperactive nervous system probably exacerbated the situation. When you are stressed out or have been sitting for too long, your neck and upper shoulder muscles become very tight, which may trigger nerve reflexes, causing your breathing to become shallow and less efficient. As a result, your blood oxygen levels start dropping, especially in the absence of fresh air, and you become increasingly anxious. This is the reason why many people who work in confined spaces have to go out frequently for fresh air to maintain their productivity.

When a person is in a confined space with many people, lower oxygen levels in the air can cause his/her blood oxygen levels to drop and can trigger anxiety and panic attacks. In contrast, taking a walk on the beach or in the woods, where oxygen levels are high, can alleviate stress and cause one to feel relaxed and happy. If you have no time to go to the beach, simply open the window or stand outside and take deep breaths.

Recent research indicates that meditation combined with a certain type of relaxed thinking and deep breathing can actually change your gene expression. For instance, if you were born with a hyperactive sympathetic nervous system, meditating can create a balance between your sympathetic and parasympathetic nervous systems. In this way, when you have to cope with stress, you can stay calm and breathe deeply so your heart rate will not go up too high and your breathing will not become too shallow. When you are in a more relaxed state, your digestive system becomes more efficient, your heart rate slows down and your immune function is more balanced, so you can avoid many kinds of ailments, such as heart disease, cancer, autoimmune diseases and different kinds of inflammation. This is the reason why people who sleep well and stay relaxed most of the time tend to live longer and healthier lives. Genetic factors can only contribute so much to our longevity: we can change our gene expression by turning off bad genes and turning on good genes. Balance is the key for a healthier and happier life.