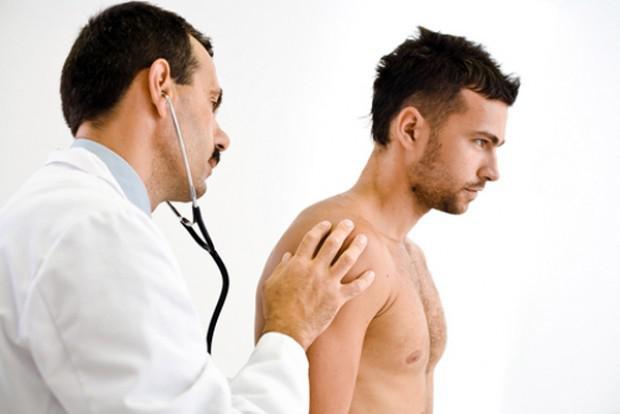 You've Been Diagnosed With COPD - What Next?

If you have recently been diagnosed with COPD, or Chronic Obstructive Pulmonary Disease, then you may be struggling with trying to figure out what to expect. Making an appointment with one of the best pulmonary doctors in your area is the first step in understanding what comes next. Here are a few things to help you begin the self-education process about COPD so that you can manage your treatment effectively.

To understand COPD, it is often helpful to go letter by letter. The term chronic means that the disease does not go away, either symptoms are recurring or never fully subside. Obstructive implies that your air passages are partially obstructed or blocked, making it difficult to breathe. Finally pulmonary refers to the fact that the disease affects the lungs and airways. It is also important to understand that this is a progressive disease. In other words, it will get worse over time. To understand how this works, it helps to understand a bit about the anatomy of the lungs.

When a healthy person breathes, the air goes down the trachea into the bronchial tubes which branch into their lungs. These can be thought of as being similar to an upside down tree in shape, with branches that continue to get smaller. At the end of each branch is a cluster of air sacs known as the alveoli.

When you breathe, air is distributed through these progressively smaller branches into the alveoli, which sends oxygen to the bloodstream and exchanges it with carbon dioxide to be exhaled. What allows this to work is the elasticity of the alveoli. In healthy lungs, they inflate and deflate like very small balloons.

When someone suffers from COPD, the flow of air in and out of the airways becomes inhibited for a number of reasons. For one, the alveoli may lose their elasticity due to age or infrequent use, the walls between the individual air sacs may become destroyed, inflamed, or swollen, or the airways may produce more mucus than normal, causing an obstruction in the passages leading to and from the alveoli.

As a result, breathing becomes more difficult and labored because the exchange rate between oxygen going in and carbon dioxide going out of the body becomes diminished. Your body does not receive the oxygen it needs to function properly, and carbon dioxide, a potentially hazardous substance can build up in the body.

As with any disease, symptoms will naturally vary. However, common symptoms often start months or years before the patient realizes their airflow has been compromised. However, common manifestations include a chronic dry cough, with large amounts of mucus, known as a 'smoker's cough', shortness of breath, wheezing or other sounds from the lungs, and tightness in the chest.

The end result is that your everyday activities, such as bathing, cooking meals, dressing, or brushing your teeth become more difficult. Patients often have to rest for several hours to recover from a fairly benign outing, or simple tasks like doing dishes. Your tolerance to both activity and other infections is greatly reduced. COPD sufferers are more likely to contract the cold, flu, or pneumonia, causing further implications of the illness.