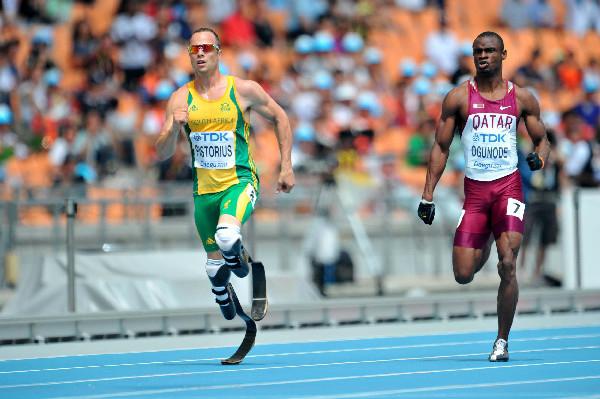 Prosthetic limbs are a huge sigh of relief for all the not so fortunate ones who have lost one of their limbs in trauma or disease. Though, they continue to feel the pain of losing a limb, they can at least feel a little better emotionally when they learn of prosthetics as an option.

Prosthetic Limbs- A Ray of Hope

While you are standing on both your legs, you do not realize how important a role these limbs play in your life. You barely care about them. But, what if you had a dream wherein you had lost a leg. You wake up shocked in the middle of the night, and then with relief realize that it had all been a bad dream.

What if in reality this happens to an athlete? In fact, recently, there have been several cases where athletes have had to go through an amputation procedure due to some disease or trauma. For these, few unfortunate athletes, today there is a ray of hope. There has been a huge technological advancement in the way prosthetic legsare designed and hence the way they function. There are a variety of these prosthetic options that are available today to suit the requirements of each and every individual. The oldest and famous example that can be given in this regard is that of dancer Sudha Chandran who went on to dance on her feet in spite of losing her foot with the help of prosthesis.

The different types of prosthetic legs are designed to take heavy loads, sprinting, running etc. Thus, based on the type of activity that the person will do in the future, the choice of prosthesis can be made. Besides the biological limb, the prosthetic limb does pretty much everything that an athlete will wish to do. They provide perfect joint function for the knee thus making the life of an amputee much easier and simpler. This enables the athlete to not only reach a satisfactory level of expertise at his sport but also move closer to his then dream of achieving the ultimate, one step at a time.

The athletes who are amputees have tried these prosthetic limbs and have even managed to create history by entering the Olympic Games with a non-biological leg.

There are few things to be considered while manufacturing these prosthetics. They are:

Though this procedure looks straight forward, it is not as easy as it seems.

These artificial limbs if obtained of the perfect fit lend hope to the aspirations, emotions and future of the amputee. Thus, an athlete who has worked so hard to achieve his goals surely has a way out of his severe loss (of limb), and can go ahead, stride high and come out with flying colors.