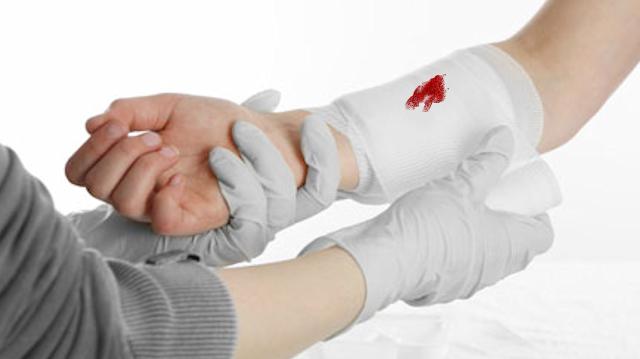 General medical activities conducted at all kinds of bleeding

If the bleeding does not to terminate in time, people die from blood loss. It's enough to lose about a liter of it. In cases of serious injury, it can happen in a matter of minutes. For the salvation life of a person first aid for bleeding, should be provided immediately.

1. Need to make sure that the victim is alive.

2. Then raise much as possible into a vertical position the injured part of the body.

3. You need using any material, handkerchief, clothing - bandage the wound.

After the adoption of the measures to stop bleeding necessary at the wound apply a bandage. Directly on the wound itself you need to put a napkin or handkerchief, and on top you need to put something hard and small.

It is strictly forbidden to extract  foreign objects from wound. Doing so may result in deterioration condition of the patient, result in a violation of tissue as well as increase bleeding.

Important points when stopping of bleeding