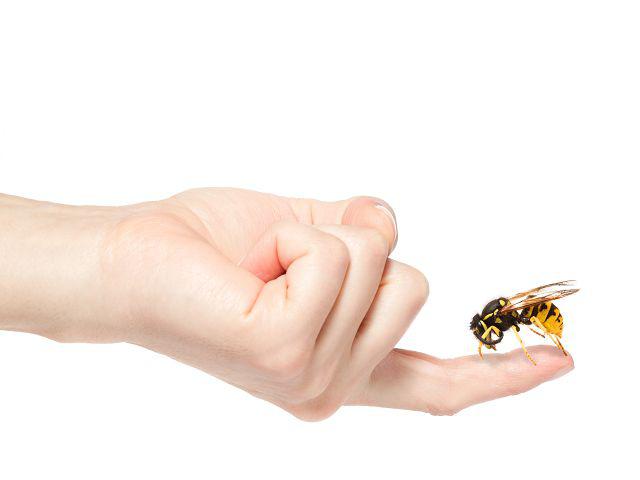 First Aid for Bites of Wasps and Bees

Summer stings of wasps and bees are not uncommon. Meet with the stinging insects you may, by eating watermelon, lazing on the beach and just outside in the sunny, hot weather. Not notice, what you are bitten by an striped insect impossible, because in the best case a bite accompanied by strong burning and sharp pain, but, depending on individual sensitivity of the person, it can be manifested and strong allergic reactions up to anaphylactic shock.

First aid after a bee sting or wasp stings depends on the number stings, sensitivity to the poison the affected and the severity of an allergic reaction. In uncomplicated cases, enough a cool compress, in more severe cases, first aid for stings of bees and wasps may include antihistamines and receiving emergency treatment to the doctor.

If you have a wasp bite, what make necessary in the first place?

If in bitten place you see the sting - this is a bee sting. What to do in such a case in the first place?

When should see a doctor?

• have bitten more than three bees or wasps;

• wasp or bee stung in the face area;

• wasp or bee stung in the lip, tongue, or throat;

• you have previously had cases of swelling Kvinke, anaphylactic shock;