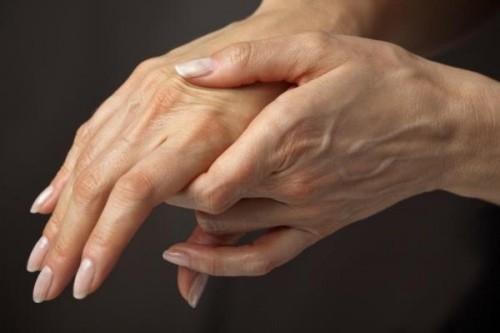 Polyarteritis nodosa, also known as PAN, is a rare autoimmune disorder involving spontaneous inflammation of the arteries which causes symptoms such as fever, pain, fatigue, weight loss, bleeding, and dysfunction of affected organs. Inflammation of the arteries can be quite severe and may cause permanent damage to affected organs such as intestines and kidneys. Spontaneous bleeding from multiple sites can also prove to be fatal. PAN is therefore a very serious disorder which needs urgent attention.

PAN involves multiple systems of the body and usually affects muscles, joints, skin, intestines, nerves and kidneys. Though it is more common in the elderly population, it may affect individuals of all age groups including children. Conservative modern management of this condition involves the use of steroids and immune suppressant drugs. Though there is an initial good response to these medicines, in the long run, most patients' condition invariably starts deteriorating. PAN may therefore cause serious morbidity and mortality.

In this scenario, Ayurvedic herbal treatment can be judiciously and effectively used to combat and successfully treat this disease. Herbal medicines can be given in high doses and for prolonged periods in order to treat inflammation of the arteries, bring about immunomodulation, as well as give symptomatic treatment to affected organs and prevent permanent damage. It is very important to commence treatment at the earliest possible so as to prevent long-term, irreversible damage.

According to the Ayurvedic pathophysiology of the disease, disturbed Vata Dosha causes the autoimmune status, and disturbed and increased Pitta Dosha causes inflammation of the arteries, thereby resulting in damage to various systems and organs. Ayurvedic treatment is therefore aimed at correcting the Vata Dosha and reducing damaging aspects of increased Pitta Dosha. This can be done using a combination of oral herbal tablet therapy and special Panchkarma procedures. These include induced purgation to treat Pitta Dosha and a series of medicated enemas known as 'Tikta Ksheer Basti' to treat the Vata Dosha.

While patients with mild forms of the disease go into remission within two to four months of commencing Ayurvedic herbal treatment, individuals suffering from a more severe form of the disease require prolonged treatment ranging from six to eight months or more. However, almost all patients suffering from PAN can be successfully treated so that the disease goes into a complete remission. Medicines can then be continued in a low those or with reduced frequency, so as to prevent a relapse of the disease. As compared to herbo-mineral Ayurvedic formulations, it is preferable to use herbal medicines since these are safe even with the use of very high doses of the medicines, and for prolonged periods.

Patients who present with bleeding from multiple sites of the body, and demonstrate severe damage to major internal organs are best treated in the intensive care units of well equipped hospitals. However, once the acute symptoms have been well controlled, it is better to institute Ayurvedic treatment so that the disease can be completely cured. Ayurvedic herbal treatment thus has a definite role to play in the successful and effective management of PAN.