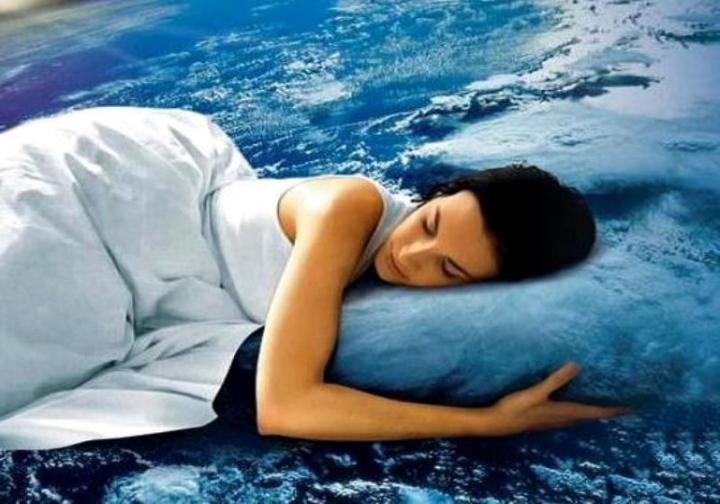 1. External irritants are capable of influencing on the course of the sleep.

2. The body of the sleeping man almost is paralyzed. This is due to the need to relax, rest - otherwise the body would be repeated a movements that occur during sleep.

3. Children aged 3 to 8 years see more nightmares than adults in all his life.

5. We see a lot of strangers in a dream, but many of them are not fictions of our subconscious. We have seen in the real lives of these people, just do not remember their faces.

6. Dreams are never literal. The subconscious mind communicates with man through symbols and images. That is why we so often see strange dreams, which are very difficult to interpret.

7. Every man sees a dreams (except in the cases of certain psychiatric disorders). So if you think you do not see the dreams - you just forget what you dreamed.

8. The most common emotions that people experience in dreams is anxiety. Moreover, negative emotions occur more frequently than positive ones.

9. People who became blind after birth, can see images in a dream. Dreams those, who had been blind before the birth, full of tactile sensations, sounds and smells.

10. Not everyone is able to see colorful dreams. However, there are groups of dreams that at least once in a life seen every - tooth loss, failure in exams, falling from a great height, attempts escape from pursuers.

11. People who are able to fall asleep in less than five minutes, suffer from a chronic lack of sleep. The optimal time interval ranges from 10 to 15 minutes.

12. Period of wakefulness more than 17 hours leads to deterioration of the performance, the effect on the body is similar to effects 5 Pro Mille alcohol in human blood.

13. Women and men see different dreams. In his dreams, men often see the other men. The women see in their dreams approximately identical number of men and women. Moreover, the dreams of men are generally more aggressive than women's.

15. The cause of every sixth accident is a driver fatigue (prolonged lack of sleep).

16. Experts in the field of medicine believe that the clock access to the Internet is the most powerful factor in breach restful sleep.

17. During the night you can see 5-7 dreams. The average person dreams of one to two hours every night.

18. Some snoring people are experiencing sleep disorder, which is called apnorea. A person with this ailment about 330 times per night stops breathing. This increases the risk of heart disease.

19. A person can experience an orgasm during sleep.

20. One third of human life, about 25 years old, goes during sleep.