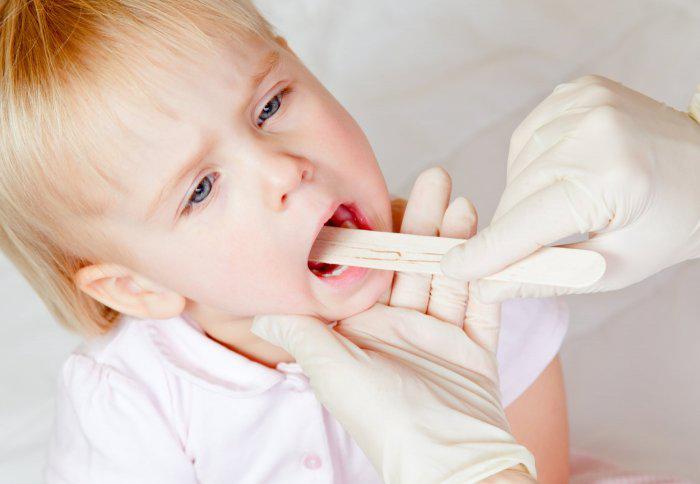 Which are the symptoms help to identify meningitis in children?

Meningitis - is an inflammatory process that occurs in the membranes of the brain or spinal cord, the cause of which is a penetration of specific pathogens in the cranial cavity. The disease can begin to develop as a result of contact with the bacteria, viral and fungal microorganisms inside the skull with blood flow. Arises disease most often against the backdrop of a weakened immune system. Also cause inflammation of the meninges may be damage to the skull (cranial trauma).

Since the child's body is formed from birth and up to 12-15 years, it is peculiar to deal with various diseases, because the immune system is not developed enough and not as strong as in adults. Therefore, it can be assumed that for children meningitis (serous, bacterial) is a more serious disease. And today experts managed to identify risk groups, which include more prone to inflammation of the brain children:

Therefore, professionals need to very carefully inspect children who fall under one of these categories. The disease will be easier to overcome, to prevent its development and complications, if the timely identification the first signs of illness.

Forms and types of inflammation

Meningitis as inflammatory disease is classified into several types and forms. Depending on the nature of the origin of the disease, there are three forms of the disease:

In the pathogenesis of the disease is divided into three types:

There are three varieties of disease which are classified, depending on the anatomy:

Depending on the nature of the pathological process, the disease is classified as follows:

The list of factors that are symptoms of meningitis in children and adolescents, is large enough. It is rather difficult at first to diagnose the disease, as it has a certain resemblance to the common cold.

So, the main indicators of inflammation in the body are:

Symptoms specific to each form of the disease

Serous meningitis in children aged 5 to 15 years of age may manifest as:

Symptoms of Meningitis, that occur most often in children of specific age groups:

Options for Treatment of the Disease

If you have identified at your child viral serous meningitis, consult a specialist immediately. Remember that self-medication for this disease is not recommended. Get rid of the disease of infants, children and adolescents 2-10 years old can be only in accordance recommendations of the doctor, and under the supervision of specialists. Therefore, treatment of the disease is only possible on an outpatient basis. This treatment usually consists of a causal treatment, pathogenetic methods of treatment, diet and special treatment.

Viral serous meningitis appears on the background of the defeat of the viral pathogen, and therefore the program for the treatment of meningitis may include preparations antiviral action. In addition, the course may include therapies to strengthen the immune system.