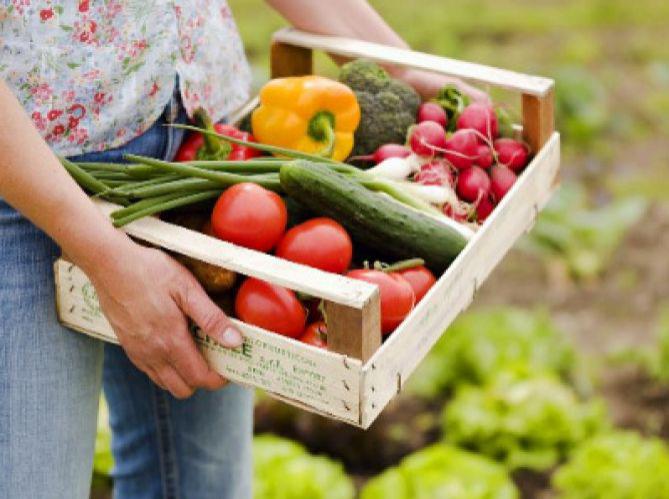 Organic Food To A Healthy Life

In the primitive era, human beings ate food which had the quality of what we now term as 'farm fresh', mainly because at that time man-made pollution in the environment was nill. We have walked miles ahead of that era and have reached to such a time where 'healthy food' or 'healthy living' is a matter of a great concern. But as they say - "Where there is a will, there is a way", thus our scientists from across the world with their extensive hard work and various research have finally found out that humans may stay healthy only if they turn themselves towards organic foods. 'Organic food' - the term is now prevalent all over the world yet many of us actually do not realize its necessity in our lives.

Organic fruits and vegetables are nothing but the regular vegetable that we eat daily but are produced without any synthetic elements or chemicals used in the usual farming process. Thus the food items produced from such type of farming is always devoid of any industrial solvents or Chemical additives. In precise terms one may say that Organic farming is the broader and larger aspect of what we call 'kitchen gardening' or 'private gardening'. Organic Farming is popular and is done in various countries across the world but in some countries, this concept is yet to take a proper shape.

This process of farming is not new, history has evidence that in the ancient days, when humans had not invented chemicals; they kept the crops healthy through various naturally made insecticides and pesticides. Similarly, today what the organic farmers do is they cultivate a land, keeps the soil healthy by using various natural wastes like farm wastes, waste crops, aquatic wastes and the like. But as we know that various factors create hindrance for the growth of a healthy crop, scientists have recommended the farmers to use bio-fertilizers which includes microbes that are good for the plants and other biological elements instead of chemicals for production of food items in an eco-friendly way. It should be always remembered that if you want to do organic farming on an industrial basis, it will fetch proper certification.

For those who do not know, Organic Farming is one of the resultant of Green Revolution and occupies a significant process for sustaining the ecological and biological factors of our environment. As the pollution and the population is increasing day by day, the need for an evolution in terms of agriculture is increasing, with Organic farming, a country can grow food for the whole nation without harming the nature and also by keeping its citizens healthier.

Scientists claim that organic fruits and vegetables retains the anti-oxidants in them which fights cancer cells, has more beneficial amino acids, minerals and vitamins if compared to regular grown foods. But it is yet not known that when will this farming process will become a fully fledged business in every country across the world. So why wait till then when we may create an organic farm of our own. US's first lady, Michelle Obama too have her own kitchen garden and according to her, every mother should take the initiative to feed their family healthy. If you make an organic garden, not only you would be delighted to feed your family 'fresh food' always but also it would turn out to be a hobby too. So start a healthy habit yourself and also advise others to do so, and upon doing so we may see a healthy world very soon.