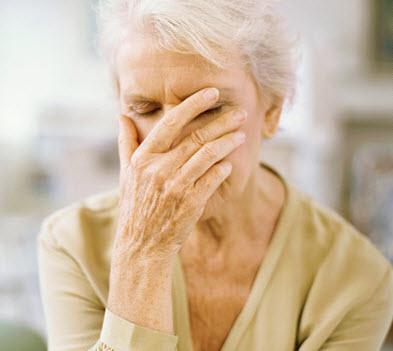 Alzheimer's disease - an incurable, progressive disease of the nervous system, damaging the memory, resulting in loss of intellectual and social skills, as well as inflicting damage on important mental functions - speech and logical thinking. This state of health is a heavy and unexpected blow to the family of the patient.

Alzheimer's disease affects adults - after age 50 years. In fact, suffer from Alzheimer's and young people, although modern scientists have found that most of the disease affects people older than 65 years, and every 5 years, the risk of disease increases twice.

On the question about the etiology of Alzheimer's disease, medical science does not give accurate answers.

Symptoms of the Disease

Alzheimer's disease is characterized by:

A characteristic feature of Alzheimer's disease are visual-spatial disorders. Patients with difficult to navigate in the environment, even in familiar surroundings, in their own home have difficulties in orientation. Patients can be difficult to put on clothes, special difficulties presents location of objects at table setting.

Another characteristic feature of Alzheimer's disease is early and rapidly progressive loss of skills are expressed in incompetence, helplessness and absentmindedness when performing usual activities (sewing, cooking, use the phone, and others.).

Speech disorders characterized by undistinguished start, a gradual increase in the outcome and the complete destruction of the speech function. There have been gradual violations, and further and complete loss, reading, writing, counting. The disease ends complete disintegration of mental activity - marasmus.

Developed the basic directions of treatment of Alzheimer's disease:

Measures for the prevention the Disease

2. Continuous training of the brain - a key component of prevention of this disease. It is important to actively participate in all spheres of activity: reading books, engage in any kind of writing activities, play musical instruments, learn foreign languages and the crossword puzzles, sports - golf, chess, bowling and others.

3. Healthy diet. Proper nutrition - the key to the health of all organs and body systems. This is also true for brain activity. there are simple rules of supply to strengthen brain health: