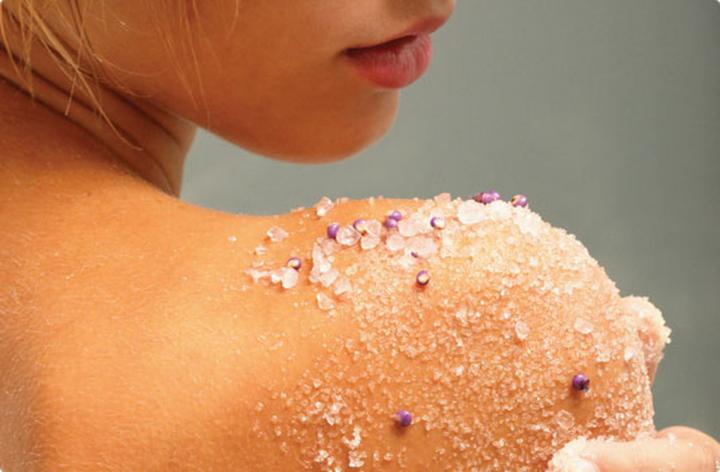 If you're suffering from keratosis pilaris, those unsightly red, raised bumps which seem to appear on the tops of your arms whenever your skin's dry, you'll probably want to know if there's any home remedies for improving its appearance. While you can seek treatment from a doctor or your pharmacist, luckily there are several home remedies for keratosis pilaris, all of which cost very little, and which are very easy to administer.

As one of the most common skin conditions in the world, surprisingly dermatologists have failed to find a cure. Caused by an over production of keratin, a creamy, white protein based substance, it's characterised by red, white or flesh coloured spiky bumps, usually on the upper arms or legs, although it can appear virtually anywhere on the body. Dry conditions, and skin conditions such as eczema, can make it worse. Although the condition usually improves on its own accord, especially with age, there are several things you can do at home to improve its appearance.

The best methods to try are those which help to reduce the dryness of the skin. If you use soap, change it for a non-soap cleanser, as the alkalines in the soap tend to dry out the skin even more. When washing, incorporate some form of exfoliation into your routine, either by rubbing the affected areas with a rough wash cloth, or using a pumice stone to exfoliate the skin. If you do use this method, always be very careful not to rub too hard and remove too much skin.

Once the skin is clean you should apply moisturizing creams, especially those which contain exfoliating ingredients such as lactic acid, urea or salicylic acid. These will not only moisturize the skin, but also help to loosen the keratin plugs. Some sufferers swear by the use of organic oils, such as coconut oil, as a home remedy for keratosis pilaris. Coconut oil, in particular, not only has moisturizing properties but also contains anti-bacterial ingredients to fight any bacteria which may be present on the skin.

Dermatologists may also prescribe creams which contain retinol, a substance derived from vitamin A, which is known to be extremely effective in removing the top layers of skin, and thus loosening the keratin plugs. However, if you wish to stick to purely home remedies to treat your keratosis pilaris, then you need to establish a regular routine of exfoliation and moisturization. It might also be a good idea to apply a little fake tanning lotion too, as all skin seems to look better with a tan.